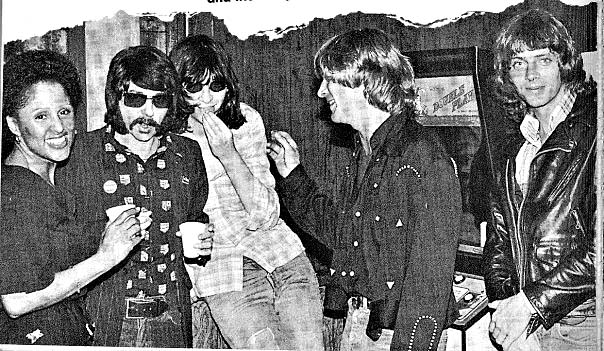 The Paley Brothers recorded a single produced by Phil Spector at Gold Star Recording Studio in Hollywood in 1978.

“Baby, Let’s Stick Together” is the last track on the Paley Brothers “The Complete Recordings” and represents the last Phil Spector session with the so-called wrecking crew at Gold Star, which later burned down.

In this photo, Andy, Jonathan and Phil Spector are shown with Darlene Love and Joey Ramone who dropped by the historic session.  (Photo Credit: Bob Merlis)