By twilitetunes on September 2, 1988 in Bio, Uncategorized

Brian Wilson and Andy co-wrote four songs on Brian’s first solo album: “Night Time,” “Meet Me In My Dreams Tonight” , “I Walk The Line” and “Rio Grande.”  Their collaboration continued well past this album and was fruitful enough to produce an impressive catalog of songs, the majority of which remain unreleased. They’ve probably written close to a hundred songs together over the years. A few rare released exceptions are “Gettin’ In Over My Head,” the title track from another Brian Wilson solo album which also contains “Saturday Morning in the City,” “Soul Searchin’,” and “Desert Drive”; “In My Moondreams,” which showed up on the album “Pulp Surfin’,”; and  “You’re Still a Mystery.” The unreleased tracks are the holy grail for hardcore fans of the Brian Wilson/Andy Paley writing team.

The following are excerpts from an interview that Brian gave to Mr. Bonzai from Mix magazine the week after Andy, Brian and the Beach Boys (Mike, Al, Bruce and Carl) recorded “Soul Searchin”. Brian is very positive about the songs, “Soul Searchin'” and “You’re Still a Mystery,” and about his producer and collaborator Andy Paley. His praise for and friendship with Paley is obvious, and he credits Paley with writing “most of Soul Searchin’ himself”. And he says about Paley: “he’s the most frighteningly talented person that I’ve met, and the most serious about music.” 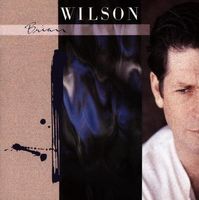