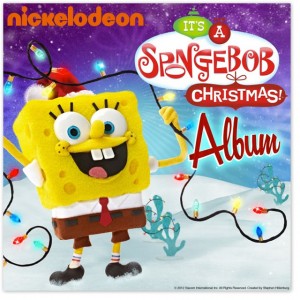 For the first time in the franchise’s thirteen-year history, the hugely popular SpongeBob SquarePants animated TV series has spawned a holiday album. It’s A SpongeBob Christmas! Album is out this month from Nickelodeon Records, offering 12 tracks of original SpongeBob music in tune with the season. The album features vocals and songwriting by voice actor Tom Kenny. Kenny co-wrote ten of the album’s songs with producer Andy Paley, and has voiced the character since the show’s inception. SpongeBob SquarePants was recently named “the most loved TV series in America” by USA Today.

Veteran songwriter, musician and producer Andy Paley has worked with such name artists as Brian Wilson, The Beach Boys, Jerry Lee Lewis, Debbie Harry, Ramones, Madonna and many others. Kenny and Paley previously collaborated on THE BEST DAY EVER, (the critically acclaimed SpongeBob cast album released in 2006.)

The new digital album, available from all online music retailers including iTunes and Amazon, will be released to coincide with the new stop-motion animated TV special “It’s a SpongeBob Christmas!” to premiere on CBS November 23 at 9:30 PM ET/PT with an additional showing on Nickelodeon December 6 at 8 PM ET/PT. Kenny and Paley wrote the premise for the holiday special inspired by their song “Don’t Be A Jerk, (It’s Christmas).” “It’s a thrill to see our song brought to life by such a team of brilliant animators” says Kenny.

In addition to the four songs heard in the TV special, It’s A SpongeBob Christmas! Album debuts seven brand-new original Kenny/Paley, SpongeBob songs. “Much as we all love “Jingle Bells” and “Rockin’ Around The Christmas Tree,” laughs Kenny, “Let’s face it: they’ve been done enough. We wanted to try our hand at writing new Christmas songs for SpongeBob and the gang to sing.” 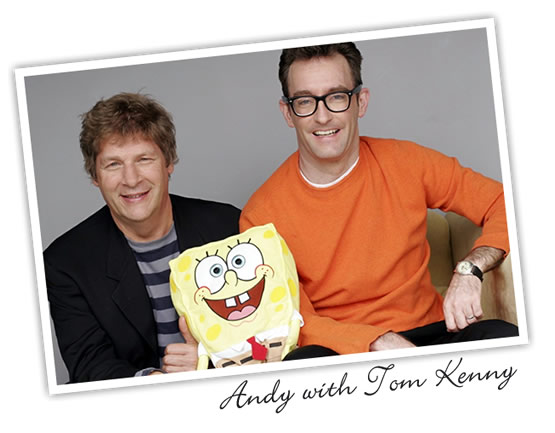 “In many ways this is a SpongeBob cast album,” notes producer Paley. “We’ve got terrific vocal performances by Plankton (Mr. Lawrence), Mr. Krabs (Clancy Brown), Sandy Cheeks (Carolyn Lawrence), Patrick Star (Bill Fagerbakke) and Squidward Tentacles (Rodger Bumpass).” Among those who participated in recording sessions for the album was Rock and Roll Hall of Fame inductee James Burton, known as “the most recorded guitar player in pop music,” who has worked with Elvis Presley, Ricky Nelson, The Monkees and many others. Harpist Corky Hale was also involved in the album sessions. In the past, she has accompanied artists ranging from Billie Holiday and Tony Bennett to George Michael and Bjork.

It’s A SpongeBob Christmas! Album’s repertoire will be brought to life at two very special live performances. SpongeBob & The Hi –Seas, a band fronted by Tom Kenny with musical director Andy Paley, will appear on Saturday, November 18 at The Grove in Los Angeles and again, on November 24 at The Mall of America in Bloomington, MN. These are both free appearances open to any and all SpongeBob fans who might wish to attend.

Tom Kenny recently offered insight into some of the album’s tracks:

Don’t Be A Jerk (It’s Christmas) – “The message of this song is simple. Christmas is the perfect day to put aside any ‘jerk tendencies’ you might have and just be nice”

Christmas Eve Jitters – “Remember as a kid when you were so wired on Christmas Eve you were bouncing off the walls in anticipation? This is an homage to Elvis Presley whose Christmas Album is a fave of ours. SpongeBob is a rockabilly cat at heart!”

Santa Won’t Let You Down – “SpongeBob talks (or in this case sings!) his pals down when they start to doubt Santa’s ability to complete his global rounds in one night. We’ve got Plankton, Mr. Krabs, Sandy, Patrick and Squidward aboard for this one and Santa himself, too. A supergroup if ever there was one!”

Snowflakes – “…is the only ballad in the bunch. Imagine SpongeBob staring out the window waiting for the first snowflakes of the season to fall. He’s so excited that he sings a love song to them. ‘….my pretty snowflakes!’. Tommy Morgan lends his trademark bass harmonica to this track as he did for The Beach Boys and The Carpenters Christmas album.”

Pretty Ribbons & Bows – “We took a psychedelic garage rock approach for Patrick’s number, an ode to shiny objects and beautifully-wrapped packages. SpongeBob’s pink pal is aided by Blondie’s Leigh Foxx on bass and the great Jonathan Richman on lead guitar.

Wet, Wet Christmas – “And May all your Christmases be WET…” with apologies to Irving Berlin, this is SpongeBob extolling the virtues of a subaquatic Yuletide in a vintage street corner R&B East L.A. doo-wop setting. Happy New Year! ‘Ring it in Wring it out!’”

Christmas Is Mine – “Plankton is our very own Grinch and we set his evil rantings against a sweet Carpenters-esque backdrop for maximum contrast.

SpongeBob Square Pants has been the number-one animated program with kids 2-11 for more than 12 consecutive years on Nickelodeon. Over the past several years, it has averaged more than 100 million total viewers across all Nickelodeon networks. USA Today published an analysis in which TV viewership data was merged with Web-traffic data and determined that SpongeBob SquarePants is the nation’s most beloved show based on social media activity, website traffic and actual viewership.

Listen to the Album