By twilitetunes on August 24, 1977 in Bio
“The Shangri-Las play a suprise gig at CBGB’s.”
Andy spent the summer working with The Shangri-Las. One day after rehearsal they decided they wanted to play somewhere.
Andy called his friends Lenny Kaye and Jay Dee Doughety and they did a quick run-through of a few songs.
CBGB’s owner Hilly Kristal got the call….bumped somebody at the last minute and gave a set to the girls.
Word got around and there was a great crowd that night.
Debbie Harry, Lester Bangs , Lou Reed, Seymour and Linda Stein were all in attendance. 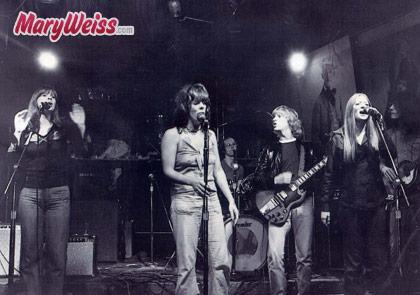